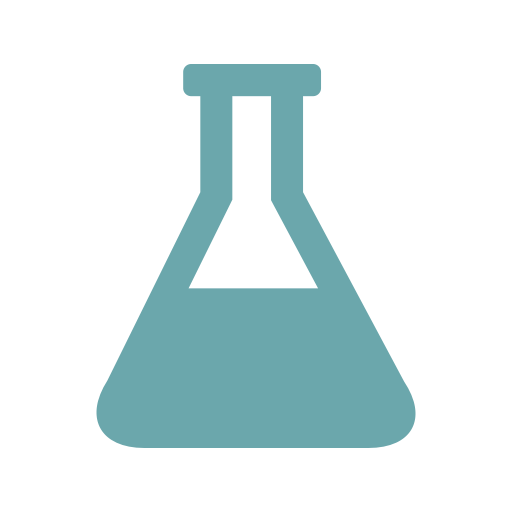 This routine includes only the 4 quickest and easiest edits that have the greatest impact on your podcast audio: Noise Reduction, Loudness Normalization, Compression, and Truncate Silence.

In this tutorial, I'm just going to show you the most simple and efficient podcast editing routine that I've been able to figure out, over much experimentation for my own purposes. This is the routine that I use for my podcast, because I'm a solo podcaster; my podcast doesn't make a ton of money, so I can't hire a professional to do this quite yet. And I don't have the expertise, or interest, or time to really edit my podcast perfectly every week. For many solo podcasters, the number one thing to do is to focus on producing content consistently and getting it out there consistently. So I think this editing routine is really all you need for quite a while when you're first starting a podcast, and it will get you at least 80% of professional audio quality.

[00:00:54] That final 20% of making it super impressive professional, it's just not worth it in terms of time, I think. And a part of the reason is because you can actually mess up your audio in ways you don't even necessarily understand if you're not an engineer. So the following editing routine, I think it's an absolute, no brainer. It's almost impossible to mess up and it's really just going to very quickly make sure your audio has the few key properties it needs to be consistently enjoyable for your audience. So, all right, let's do it.

We are going to use Audacity just because it's free, it's pretty easy to learn, and there's a huge community so you can easily find answers to questions on the forums. And this is what your opening screen should look like when you open up a fresh new window in Audacity.

This is going to be a four-step routine. And in many cases, one of those four steps can be skipped over, depending on your situation. Ideally, it should not take more than about 15 minutes in total to do all of these steps.

The four steps are, by the way, going to be:

If there's background noise, I'm going to show you how to remove that. It's quick and easy. If you have a half decent mic and a quiet room, you won't even need this step. Only use step if there is actually background noise.

The third step is going to be a basic compressor, which is just going to make any overly loud parts a bit softer so that it doesn't sound abrasive or hurt the person's ear. The compressor compresses the dynamic range. And so that's just basic audio hygiene to make sure there aren't loud bits that are jarring.

And then finally, we're going to truncate silence, which is another very simple effect, which is just going to remove long pauses. And it's just going to make the podcast more condensed, more efficient and not subject listeners to long pauses that are boring.

[00:03:14] For all of these, we're going to use the basic default settings, so there's no tweaking. There's no playing around with different settings.

We're going to do each one of these in order. And that's all there is to it. And then you're out of there.

We just need some audio to edit. So either drag in a podcast track that you've recorded somewhere else, or go ahead and record your own track within Audacity. The editing routine I'm going to show you is so simple and generalizable that it's pretty much the same, whether you're working on one track or if you have two people each recording on their own track. The process is pretty much identical.

So I just went ahead and recorded a podcast here. You have one track, it's a stereo track. So there's two rows, but it's one track and let's go through the routine I want to show you.

The first thing I do is noise reduction, if you have noise.

[00:04:10] Now, to know whether you have noise, look at the flat lines. So right here, for instance, now I have a quiet room, I have a good mic. So this flat line is extremely flat. There's no noise. I don't have to worry about that. But in your case, this flat line might not be so flat. Perhaps you see little bits of jagged noise there. If that is the case, then what you want to do is find a selection in your tracks, such as this one right here that represents just noise, where you're not talking, it's just a sample of the background noise that you want to minimize. And you want to select that. Just like this. So it's white background.

Then you just want to go up to Effect up here. And then from there you want to choose Noise Reduction. Alright, so there's actually two steps to this process. The first one is you have to click this button, Get Noise Profile. This is just going to take a sample of the noise pattern. So go ahead and click that button first. It shouldn't take long. It's just going to take the sample.

And then go back up to Effect, go again to Noise Reduction.

Now that it has the sample in its memory, you want to go ahead and click Okay. Using the basic default settings, I find the default settings are quite reasonable. They're fairly conservative. And you can mess this up by applying the noise reduction too aggressively. If you do that, it'll make your voice sound bad.

You want to apply just enough to dampen down that background noise, but not so much that you're going to mess up the audio. And I find that Audacity's defaults are pretty smart, so you can try tweaking it, but be prepared for the possibility that you're going to spend hours. And you're not even sure if it's going to sound better or worse.

That's my advice. Click Okay on the default settings, but only if you need to reduce noise. In my case, I don't. So I'm not going to hit Okay. I'm just going to hit Cancel.

[00:06:28] Now let's move on to the next step, which is loudness normalization. So this one's super easy. Just go to Select your track. If you have multiple tracks, select them all and then just go up to Effect, then choose Loudness Normalization. And then you want to set this to -16 LUFS. That is the default standard for podcast volume.

If you only have one track, this is basically just going to make it the right volume. But if you have multiple tracks, it's going to normalize the different tracks so that no one track is significantly louder than the other and make sure they're all at about the right volume.

So you should see the waveform change and get generally wider indicating that it's generally gotten louder.

[00:07:25] But what you now want to do is the next step, which is to apply a Compressor. And again, it's super simple. Just Select your track or tracks, go up to Effect and then look for Compressor right here.

And again, just stick with the default settings. It's a fairly conservative compressor if you leave the default settings, and all the defaults are basically fine. So go ahead and click Okay. You should see that the waveform is, well, now it's more compressed. So that means any bits that were a little too loud and maybe harsh on the ear are going to be softened a bit.

And the parts that were soft were brought up a little bit. Alright, so there you have it, very simple.

[00:08:10] Now the final step that I recommend you do is to Truncate Silence, which is once again, very simple. It's just going to remove long pauses to keep the flow of the podcast nice and smooth and keep your listeners interested.

You'll note that actually they're very long pauses that's because when I record solo podcasts, sometimes I like to stop and think, and you can do that, knowing that you're going to use Truncate Silence. So all you have to do is make sure the track is selected. Go up here to Effect, and then you want to look for Truncate Silence. And again, the default settings are pretty intelligent. For most cases, these settings will work just fine.

One thing to be aware of though is, if you have multiple tracks, you want to make sure that this box is not checked where it says "truncate tracks independently." If you truncate tracks independently, that means it's only going to look for silence within specific tracks. But if you have multiple people in a conversation, then it's correct and proper for there to be long stretches of silence within one track. That's when the other person is talking. So never click this, make sure this is not clicked, when you have two people or more with multiple tracks.

The default settings, in most cases, are going to be just fine, by the way. This is just saying that for pauses longer than 0.5 seconds, truncate it down to 0.5 seconds. Click Okay. There you have it. You'll see the total time reduced to some degree because all of that silence was removed and your final waveform should look something like this. It might be differently shaped depending on whether or not you're very zoomed in or very zoomed out.

That's pretty much all there is to it. It might not be 100% amazing to an audio engineer, but most of your podcast listeners are not audio engineers. And the main thing is that you did this very quickly, very easily, and there's very little that you could accidentally screw up. So I hope you found this useful.

Let me know if you have any other thoughts or questions on podcast editing.